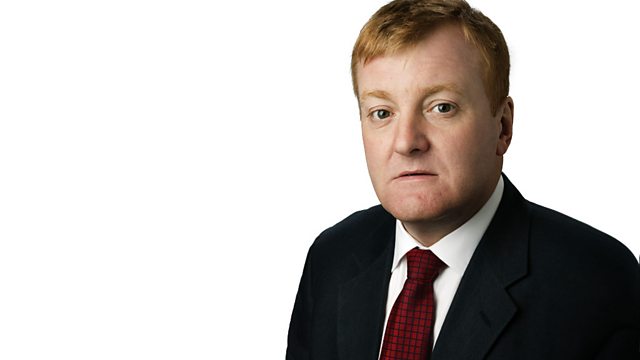 Sue Lawley's castaway this week is the leader of the Liberal Democrats Charles Kennedy. Born in Inverness, Charles grew up on a croft near Fort William spending his early life learning how to shear sheep and milk cows on his grandfather's neighbouring farm. Music was always a big part of life with his father playing the fiddle at home and at local events but Charles's real passion was astronomy. He saved to buy a three-inch refractor telescope from his pocket money inspired by the Apollo Moon Landings and encouraged by the clear Highlands skies.

Politics and current affairs were another early passion. He ran home from school to catch news of the Watergate hearings on television, he was a star of his school's debating society and one friend recalls how he always dreamed of becoming prime minister. His first political allegiance was to the Labour Party, but at University he switched to the newly formed Social Democratic Party - eventually taking a seat for them in 1983 General Election at the age of 23. Now, 20 years later, following various incarnations of the party, the Liberal Democrats hold a record number of seats in the House of Commons and are hoping to become the main party of opposition in Britain today.

Favourite track: The Cameron Highlanders by Ian Kennedy
Book: The Day of the Jackal by Frederick Forsyth
Luxury: CD player