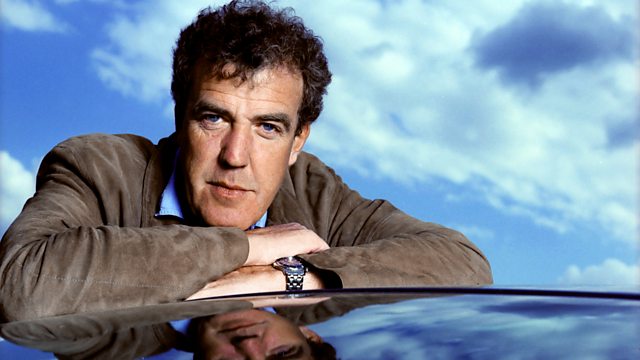 This week Sue Lawley's castaway is the motoring journalist and motor-mouth Jeremy Clarkson. He came from a comfortable background - his mother was a teacher and his father a travelling salesman. But his parents had greater ambitions for their son and wanted to send him to public school. Their determination led his mother to set up a business making Paddington Bear toys, and the proceeds funded Jeremy's place at Repton School. However, he was a far from ideal pupil and says he was 'asked to leave' apparently for inappropriate behaviour including drinking, smoking and seducing girls. He left school with no A-levels and started work as a trainee reporter on the Rotherham Advertiser. But the local news diet was not enough of a challenge and, in the middle of an assignment to a vegetable and produce show, he left the paper to seek his fortune in London, as a freelance motoring writer.

He ended up presenting Top Gear for the BBC and stayed on the programme for nine years, kick-starting it into a brash, opinionated motor show with a large and loyal fan base. He has indulged his love of speed and risk-taking through programmes including Extreme Machines and Speed. He's hosted a chat-show, Clarkson, and, more recently, his razor-sharp tongue has turned on our fellow Europeans with Meet the Neighbours. But, although his public image is as a brash, opinionated and sexist boor, he claims that he's been misrepresented - he says he's always been a bit of a mother's boy: his mother describes him as a family man who has a softer side that the public never sees. Married to his agent-cum-manager Francie, the couple have three children and two homes.