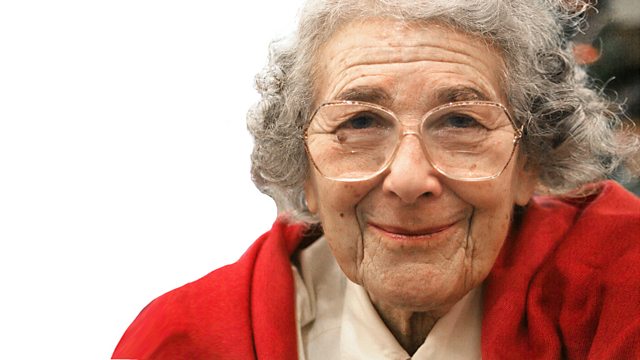 This week Sue's castaway is Judith Kerr - a writer and illustrator known to generations of children both for her charming Mog picture-books and for her careful rendering of the life of a Jewish child fleeing Nazi Germany. Judith Kerr escaped with her family on the day the Nazis were elected. The following day, police turned up at the doorstep in a belated attempt to confiscate their passports. The Kerr family moved across Europe, trying to support themselves and escape from the nearing threat, until they eventually settled in England in 1936. The family stayed in London throughout the war; surviving the Blitz and in fear of invasion. Judith Kerr wrote an autobiographical trilogy about her experiences and the books - in particular When Hitler Stole Pink Rabbit - have been used ever since as a way of explaining to children the horrors of the Nazi threat. Today, they are set texts in many German schools.

She was always a keen painter but had never thought it could be a career; it was only when she had two children who enjoyed the tales she told that she decided to try her hand at picture books. Her first book, The Tiger Who Came to Tea, was instantly successful when it was published in 1968 and has never been out of print. But it is probably her series of books about Mog the Cat that have won her most affection with children - over the past 30 years they have sold more than three million copies.

Favourite track: Kyrie - the Opening of Great Mass in C Minor by Wolfgang Amadeus Mozart
Book: A big, beautiful coffee table book of pictures by impressionists
Luxury: Pencils and thick paper to write and draw on