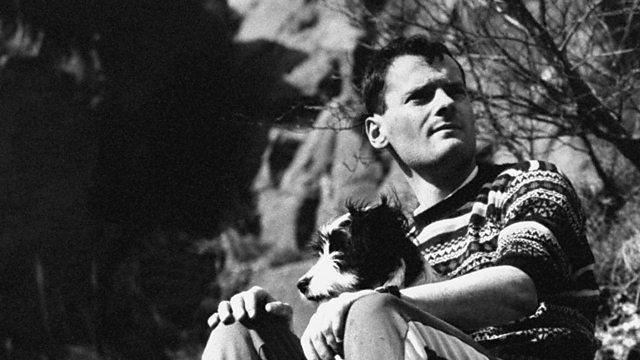 Sue Lawley's castaway this week is the mountaineer Joe Simpson. He was born in Kuala Lumpur in 1960 where his father was stationed with the British Army. Over the next few years the family lived in Gibraltar, Ireland and Germany, although Joe returned to England for schooling at Ampleforth and showed an early adventurous spirit and love of sport.

But it was only after reading the classic account of attempted ascents on the Eiger - 'The White Spider' - by Heinrich Harrer that he developed an interest in his future passion. After a brief spell working at a saw mill and then at a quarry he studied English Literature at Edinburgh University. There he began climbing in earnest often attempting dangerous routes beyond his experience before tackling a previously unconquered route up Siula Grande - a peak in the Peruvian Andes. This climb was to make his name. He and his partner Simon Yates made the first successful ascent of the mountain's west face only to run into difficulties after Joe shattered his leg on their descent. After running out of resources and with no prospect of rescue Simon painstakingly lowered Joe towards shelter before being forced to cut the rope on his friend. Joe had inadvertently slid over an overhanging rock and was slowly pulling the two off the mountain. He landed in a crevasse and after being left for dead amazingly managed to crawl miles back to safety. Simon Yates was widely attacked for his actions in the climbing community leading Joe to write a defence of the rescue with his book 'Touching the Void', which has also been made into an award-winning film. Told he'd never climb again following the accident, Joe went on to climb many more mountains over the last two decades. He's worked as a mountaineering guide all over the world and written five more books.

Favourite track: I'm Not A Man You Meet Everyday by Cait O'Riordon and the Pogues
Book: Blank book and pen
Alternative to Bible: The Sutras - the teachings of Gautama Buddha
Luxury: A drink-making machine