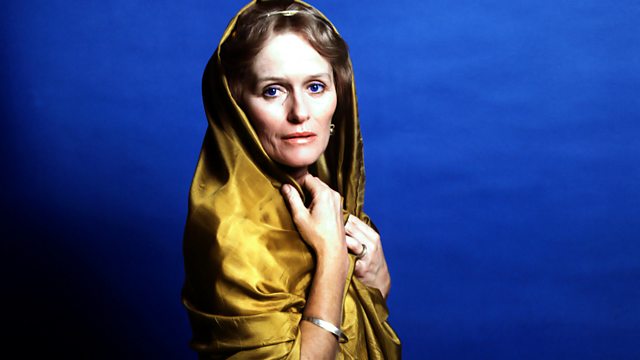 Sue Lawley's castaway this week is the actress and wildlife campaigner Virginia McKenna. She was born in London and, after spending five years of her childhood in South Africa to escape the Blitz, she returned to England. She enrolled at the Central School of Drama but left after two years when offered six months in Repertory at Dundee. Classics such as the Cruel Sea, Carve Her Name with Pride and A Town Like Alice, for which she won a British Academy Award for Best Actress, have been highlights in a long and successful career.

However her most remembered and best loved roles have been in Born Free and Ring of Bright Water, starring opposite her actor husband the late Bill Travers. For Born Free, she won the Variety Club Best Actress Award . Making Born Free in 1964, which told the true story of George and Joy Adamson as they returned Elsa the lioness to the wild, profoundly affected Bill and Virginia and it was a key influence in their lives. They realised that wild animals belong in the wild and should be protected there, not imprisoned in captivity. But the premature death in London Zoo of Pole Pole, a young elephant, who had featured in their film, An Elephant Called Slowly, led to the founding of Zoo Check in 1984. The Trust was dedicated to preventing the abuse of captive wild animals and strove to protect and conserve them in the wild. Zoo Check grew to become a major force in the animal welfare movement and was renamed The Born Free Foundation in 1991. She was awarded the OBE in the New Year's Honours List in 2004 for services to wildlife and the arts.

Favourite track: We Are The Music Makers by Edward Elgar
Book: Animal - the Definitive Visual Guide to the World's Wildlife by David Burnie
Luxury: Language tapes to learn Italian and Swahali