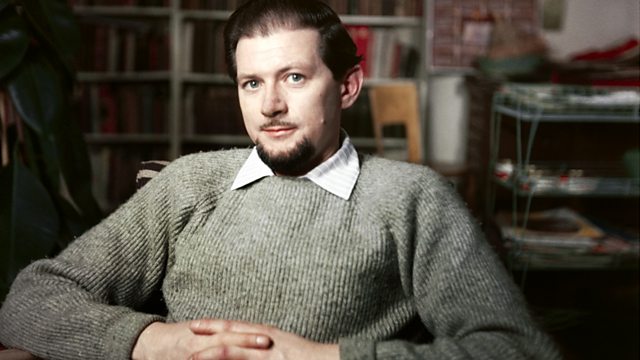 Sue Lawley travels to Provence in the south of France to meet the illustrator and satirist Ronald Searle in his first recorded interview in more than 30 years. Ronald Searle is arguably Britain's foremost graphic satirist, though he has not lived in this country since 1961 and likes to comment that most people in Britain now think he's dead. He is best-known as the creator of St Trinian's, the horrible, suspender-wearing schoolgirls who devote more time to gambling, torture and arson than they do their lessons.

Ronald Searle was born in 1920 in Cambridge and drew obsessively from an early age. At the age of just 15 he had his first cartoon published in the local paper, The Cambridge Daily News and his career blossomed in the mid-to-late 1930s. However, in 1939 he joined up and after two years of training he was posted to Singapore. He says that for a month they were 'running backwards' through the jungle before being captured by the Japanese and he spent the rest of the war as a P.O.W. They were traumatic years - he felt driven to draw as a way of recording what was happening around him - but his work led to him being singled out as a trouble-maker and as a result he was assigned to work on the infamous 'death railway' that the Japanese were building between Thailand and Burma. Ninety-five per cent of those working on it died but, despite coming close to death on several occasions, Ronald Searle survived.

In 1961 he left Britain for a new life in France - one where he was not known as the creator of St Trinians - but where he could concentrate on his political, satirical drawings and reportage. Now aged 85, he still regularly produces cartoons and illustrations for The New Yorker and Le Monde. His work can currently been seen at the Imperial War Museum in London.