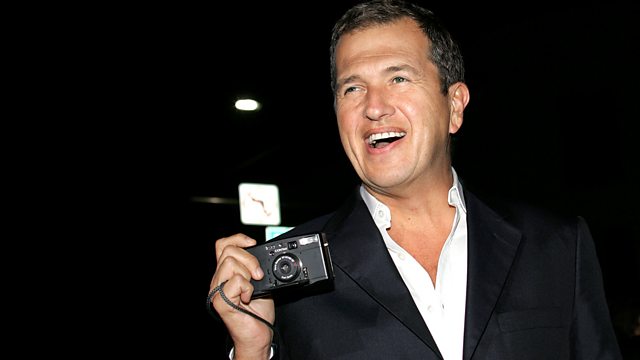 Sue Lawley's castaway is one of the world's most successful fashion photographers, Mario Testino.

Kate Moss, Catherine Zeta Jones and Madonna are among the women who have posed for him and, most famously, he became Princess Diana's favourite photographer. But his route into photography was circuitous. He began studying law and then economics in his native Peru but finished neither course. He had a short spell in America before arriving in London and he says he immediately loved it here. But the early years were tough; he struggled to convince anyone at the glossy magazines to look at his work. Half the trouble, he says, was that he was ringing people from call boxes - and they would hang up before he'd had time to put in any money. But years of building contacts within the industry - and building trust among his models - have paid off and he is now as much as a celebrity as the women he photographs. His most famous pictures are those he took of Princess Diana looking confident, relaxed and happy, just months before she died. They have now been reprinted for a two-year long exhibition and he says that when he saw them again in the lab, it brought "a knot in his throat". Mario Testino's photographs of Diana, Princess of Wales, are being exhibited in the State Apartments at Kensington Palace from 24 November 2005.