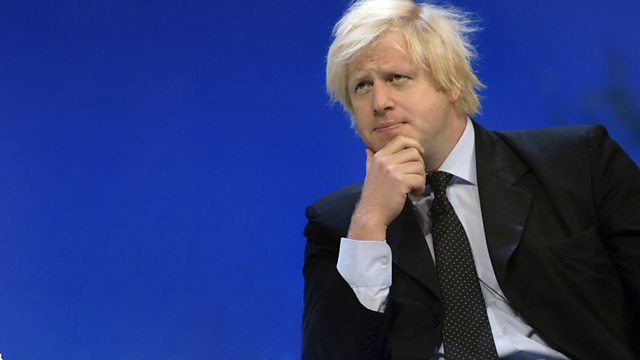 Sue Lawley's castaway this week is the politician and journalist Boris Johnson. He is one of the most popular and unpredictable MPs on the Conservative party benches and, under his editorship, the weekly magazine The Spectator sells more copies than ever before.

After Eton and Oxford he made his name as a journalist working for the Daily Telegraph in Brussels. His incisive reports about the future of Europe caused a furore at home and abroad - he claims one of his articles changed the course of European history - and, on returning to London, he hoovered up a number of awards, including columnist of the year and political commentator of the year. But it has not always been plain sailing. His critics say he cannot answer to two masters - and he must choose between politics and journalism - Boris doesn't necessarily agree!