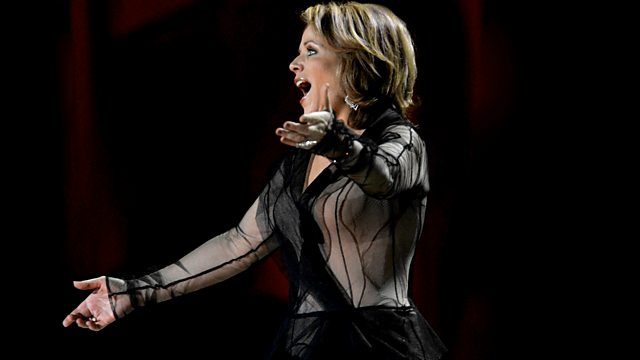 Sue Lawley's castaway this week is the soprano Renée Fleming.
Renée Fleming is one of the greatest sopranos on the world's stages today. She has won critical acclaim for her interpretations of Mozart and Strauss and has made a series of operatic roles her own - including the Countess in Mozart's The Marriage of Figaro and Dvorak's ill-fated water-nymph Rusalka. However, she says her route into classical music was far from straightforward. She grew up in upstate New York, the daughter of two music teachers. Although the family used to sing together, Renée says she was not a natural performer and was very anxious about appearing in public and then, while at college, her musical love was jazz rather than opera.

Her musical break-through came at the age of 29, when she was asked to stand in as the Countess in The Marriage of Figaro at the last minute. Since then she's appeared in all the great opera houses. As well as the standard repertoire, she is a champion of new music and Andre Previn is one of many who have written especially for her. She has won numerous accolades for her singing including two Grammies and two Classical Brit awards.