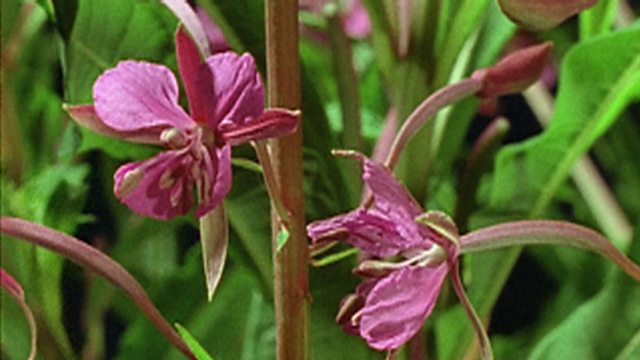 A hundred years ago, an unlikely plant held its place among the garden exotics. To the 19th century gardener, rosebay willowherb was a beauty. It is tall and elegant, with flowers of orient purple, and was rarely seen in the wild. But in the first world war, much woodland was felled for the timber-hungry war effort and rosebay willowherb suddenly exploded over the cleared, burned land. It has a preference for fire-scorched earth, and it ran riot thanks to its wind-blown, prolific seeds. These conditions were soon to come to the city too. In the summer of 1941, Britain's bombsites became covered in rosebay as far as the eye could see. Now it is called fireweed and it still thrives on city wastelands. A triumph, perhaps, of life over destruction.

See all clips from Flora Britannica (19)