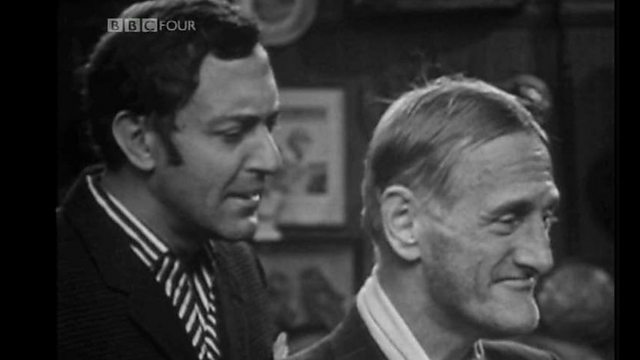 Steptoe and Son is a sitcom about two rag and bone men living in Oil Drum Lane, a fictional street in Shepherd's Bush, London. Four series were broadcast between 1962 and 1974. The father, Albert Edward Ladysmith Steptoe, tries at every turn to prevent his son, Harold Albert Kitchener Steptoe from improving himself. Here, Harold's dinner plans are put into jeopardy by the 'dirty old man'. 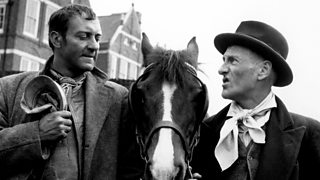 Steptoe and Son—Series 1, The Bird