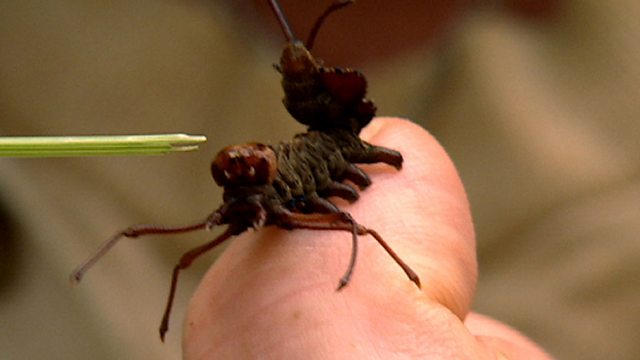 Bill Oddie has found something that looks like a weird little crustacean - but it is actually a caterpillar. It looks rather like a lobster, so has been named the lobster moth. Its appearance helps it avoid being eaten. From one end it looks like an alien creature rearing up at you. From the other it looks like a spider. And if you provoke it, it will squirt formic acid at you. It is a woodland species.

See all clips from Cornwall (5)