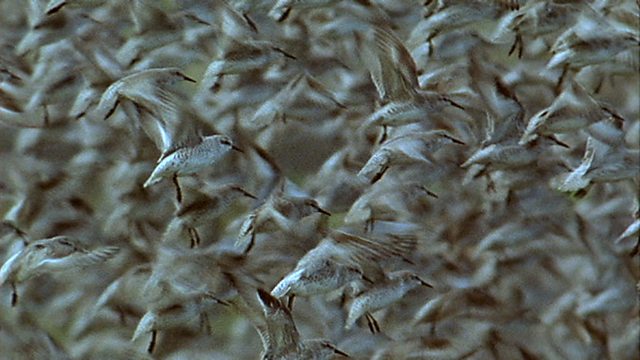 At Morecombe Bay the receding tide exposes 120 square miles of mudflats. Oystercatchers and other wading birds move ahead of the rapidly advancing tide, eventually roosting on the land until the tide turns. In winter, Morecombe Bay supports around 225,000 of these birds, some of the largest flocks in Europe. Huge flocks of knots, for example, spend the summer breeding in the high Arctic before joining the other waders who come to spend their winter on these ice-free estuaries and tidal mudflats. In all, one and a half million waders spend their winters on British mud, almost half the entire population of Europe's wading birds.

See all clips from DEEPEST WINTER (10)