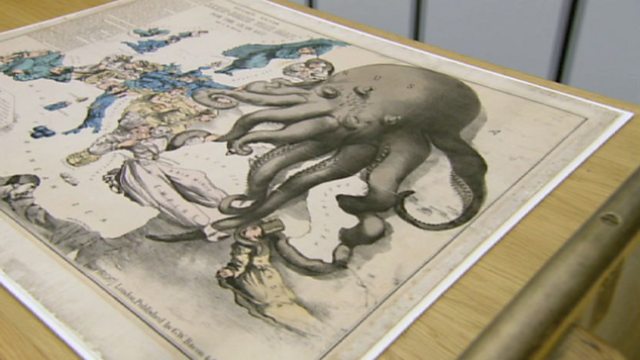 This clip explores the world of satirical maps.

Focusing on the 1877 Serio-Comic Map of Europe at War by Fred W Rose. The first of the world’s mass-produced satire maps. Its purpose was to inform; entertain and shock which, it still does today.

The series concludes by delving into the world of satirical maps. How did maps take on a new form, not as geographical tools, but as devices for humour, satire or storytelling? Graphic Artist Fred Rose perfectly captured the public mood in 1880 with his General Election maps featuring Gladstone and Disraeli, using the maps to comment upon crucial election issues still familiar to us today. Technology was on the satirist's side with the advent of high-speed printing allowing for larger runs at lower cost. In 1877, when Rose produced his Serio Comic Map of Europe at War, maps began to take on a new direction and form, reflecting a changing world.

Rose's map exploited these possibilities to the full using a combination of creatures and human figures to represent each European nation. The personification of Russia as a grotesque-looking octopus, extending its tentacles around the surrounding nations, perfectly symbolised the threat the country posed to its neighbours. 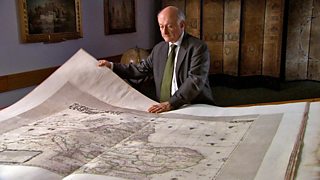 The Beauty of Maps—Cartoon Maps - Politics and Satire

More clips from The Beauty of Maps

See all clips from The Beauty of Maps (14)