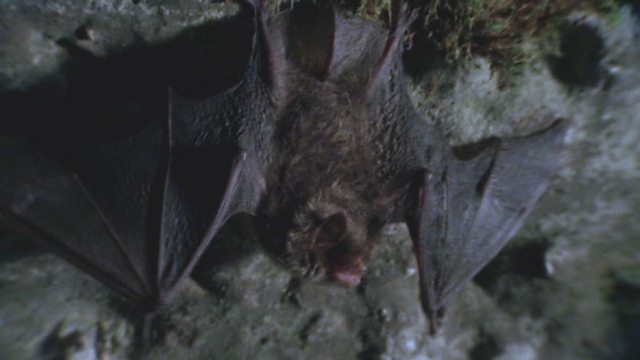 Fountain's Abbey lies east of the Yorkshire Dales. Deserted since its dissolution in 1539, its tunnels - built over the River Skell - have been adopted as a home by Daubenton's bats, one of the 15 species of British bat. Sometimes called water bats, they are the size of a mouse and have a wingspan the size of an outstretched hand. Setting off at dusk to hunt, they flutter through the tunnels of the ruined abbey, using their sonar to search for insects on the surface of the water. Their shallow wing beats allow them to pick up their prey without wetting their wings.

See all clips from HIGH SUMMER (8)