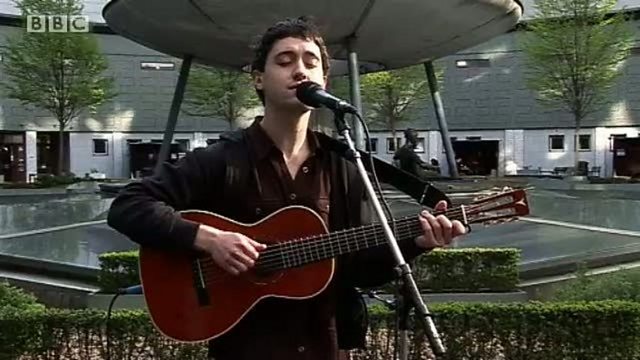 Villagers perform The Pact (I'll Be Your Fever)

Singer-songwriter Conor J. O'Brien - a.k.a. Villagers - performs an online exclusive of The Pact (I'll Be Your Fever) outside the BBC Television Centre studios. The guitarist and singer supported Neil Young and Wild Beasts before his debut album, Becoming A Jackal, had even been released. Growing up in a suburb of Dublin he wrote his first song when he was 12, after his older brother had lent him his guitar. 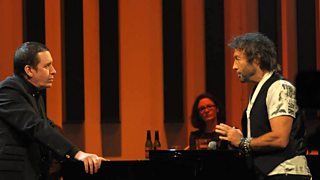