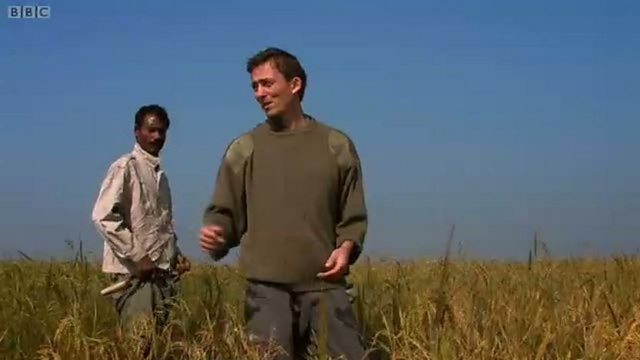 To counter the effects of human/tiger conflict a Tiger Task Force has been set up in Bangladesh to help deal with confrontations between the two species. This clip tells the story of a hideous attack where thousands of villagers ended up beating a tiger to death in self-defence. Had they known how to handle the situation, the outcome in which several villagers were hurt and the tiger died could have been avoided. The aim of the task force is to provide practical help as situations arise, but also to teach them when to intervene and when to step back so that death is not always the final outcome.

A tiger was spotted in paddy fields near a village in Bangladesh and the story is told at the location. When it was first seen about 25 people came with sticks to scare it away. Frightened and confused, the tiger lashed out in self defence, attacking the villagers and injuring several of them. The commotion attracted the attention of more and more people, turning the scene into a very violent and frightening confrontation. With maybe 2-3,000 villagers surrounding the tiger, they eventually beat it to death with sticks. It happened because people didn’t know what to do. They were afraid and they had no training in how to deal with tiger confrontations. The aim of the Tiger Task Force is to change that: to provide teams that can respond to these incidents and know how to work around tigers - know when to intervene and when to just keep people separate from the tiger until it has a chance to go back to the jungle.

The Sundarbans forest is one of the biggest tracts of mangrove forest left in the world. It is rich in wildlife and provides important forest resources for communities living around its edge. But up to 50 forest workers are killed by tigers each year and now the boldest animals are sneaking into villages at night.

This gripping film reveals the tension and heartache of living so close to a killer cat and follows the bold attempt by one village to teach street dogs to scare away the rogue tiger on their doorstep. 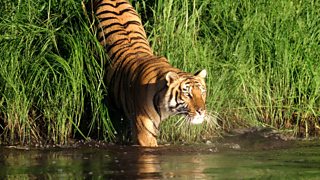 More clips from Man-Eating Tigers of the Sundarbans

See all clips from Man-Eating Tigers of the Sundarbans (3)

See all clips from Natural World (671)