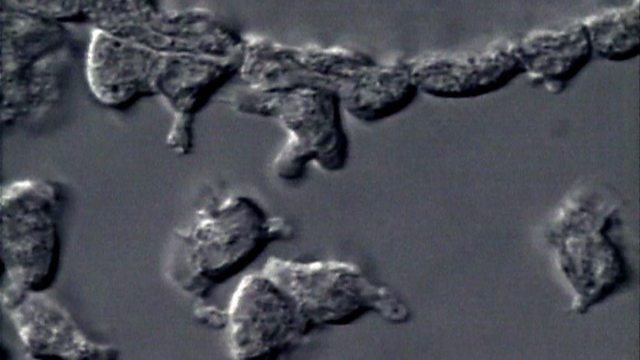 The Apollo 12 astronauts located Surveyor 3, a 1967 unmanned Moon probe, and returned a piece of it to Earth. Scientists wanted to know what effect 33 months on the Moon had had on the probe. Inside the spacecraft's camera they found droplets from a sneeze accidentally sealed into the instrument by one of its builders. The bacteria in the droplets "came back to life" once they were returned to the right conditions. This showed how hardy life can be.

More clips from The Planets Revisited

See all clips from The Planets Revisited (52)