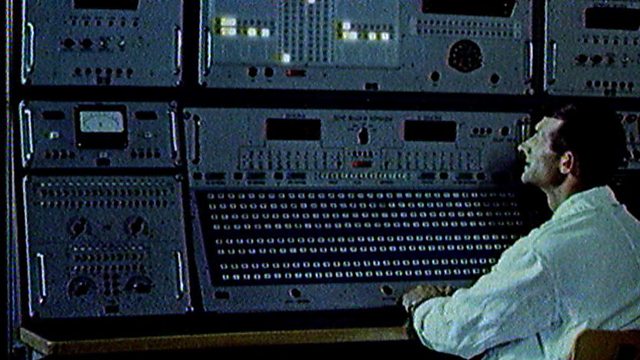 Luna 9, the first Moon probe to achieve a soft landing and send back photos of the lunar surface, caught the West by surprise in 1966. The Russian spacecraft's data transmissions were intercepted by Jodrell Bank Observatory, and the pictures were published in a British newspaper before they were published in Russia.

More clips from The Planets Revisited

See all clips from The Planets Revisited (52)