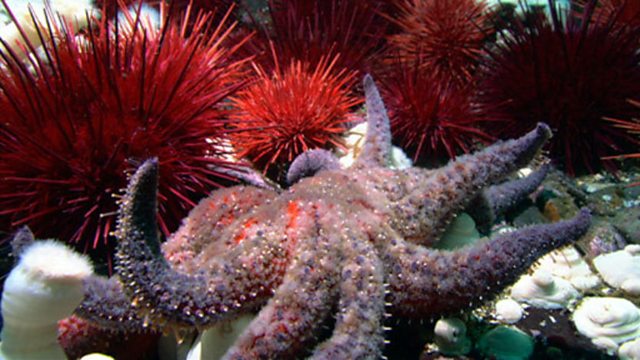 One of the most aggressive starfish in the ocean is the size of a dustbin lid. The sunstar is a hunter. It has many arms, covered in supersensitive tube feet which can detect prey with both touch and smell. It's also partial to carrion and so easily detects the carcass of a dead octopus. The miniature suckers on its feet clamp on to the corpse and drag it out of the cave where other scavengers rush to join the feast. Although the starfish is a fearsomel predator, the sunstar doesn't have it all its own way. Sea urchin spines pose a thorny issue, pinching and poking the starfish and blocking its way to the octopus. Trapped by an army of urchins, the sunstar is spotted by an enormous king crab. In seconds, the crab has ripped off one of the sunstar's arms. That's a temporary inconvenience as starfish can regrow lost limbs. 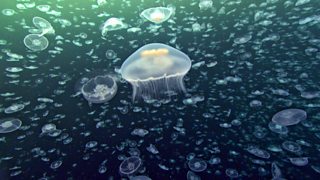 More clips from Creatures of the Deep

See all clips from Creatures of the Deep (6)