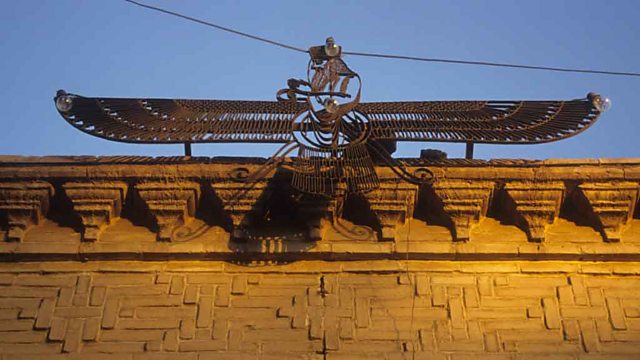 Melvyn Bragg discusses Zoroastrianism, often claimed to be the world's first monotheistic religion, and known to have passed on ideas of the afterlife to Judaism.

Melvyn Bragg and guests discusses Zoroastrianism. "Now have I seen him with my own eyes, knowing him in truth to be the wise Lord of the good mind and of good deeds and words." Thus spake the real Zarathustra, the prophet and founder of the ancient and modern religion of Zoroastrianism. It has claims to be the world's first monotheistic creed and perhaps as long ago as 1200 BC Zarathustra also said, "I point out the way, it is the truth, it is for all living". Truth is a central tenet of the religion which holds that people must above all do good things, hear good things and see good things.How was the religion established in Ancient Persia, what is its body of beliefs and how have they been developed and disseminated?With Vesta Sarkhosh Curtis, Curator of Ancient Iranian Coins in the Department of Coins and Medals at the British Museum; Farrokh Vajifdar, Fellow of the Royal Asiatic Society; Alan Williams, Senior Lecturer in Comparative Religion at the University of Manchester.