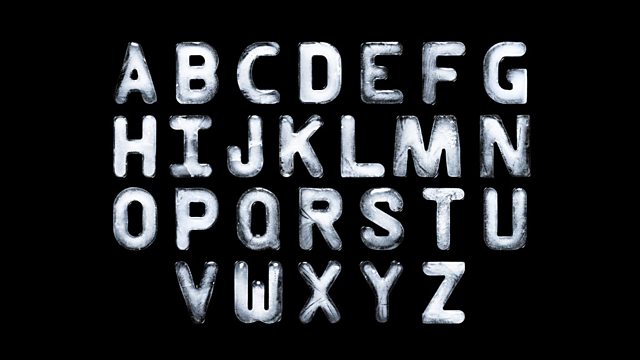 Melvyn Bragg discusses the feat of astonishing intellectual engineering which provides us with millions of words in hundreds of languages. How did it develop and conquer three quarters of the globe?

Melvyn Bragg and guests discuss the feat of astonishing intellectual engineering which provides us with millions of words in hundreds of languages. At the start of the twentieth century, in the depths of an ancient Egyptian turquoise mine on the Sinai peninsular, an archaeologist called Sir Flinders Petrie made an exciting discovery. Scratched onto rocks, pots and portable items, he found scribblings of a very unexpected but strangely familiar nature. He had expected to see the complex pictorial hieroglyphic script the Egyptian establishment had used for over 1000 years, but it seemed that at this very early period, 1700 BC, the mine workers and Semitic slaves had started using a new informal system of graffiti, one which was brilliantly simple, endlessly adaptable and perfectly portable: the Alphabet. This was probably the earliest example of an alphabetic script and it bears an uncanny resemblance to our own.Did the alphabet really spring into life almost fully formed? How did it manage to conquer three quarters of the globe? And despite its Cyrillic and Arabic variations and the myriad languages it has been used to write, why is there essentially only one alphabet anywhere in the world? With Eleanor Robson, historian of Ancient Iraq and Fellow of All Souls College, Oxford; Alan Millard, Rankin Professor Emeritus of Hebrew and Ancient Semitic Languages at the University of Liverpool; Rosalind Thomas, Professor of Greek History at Royal Holloway, University of London.