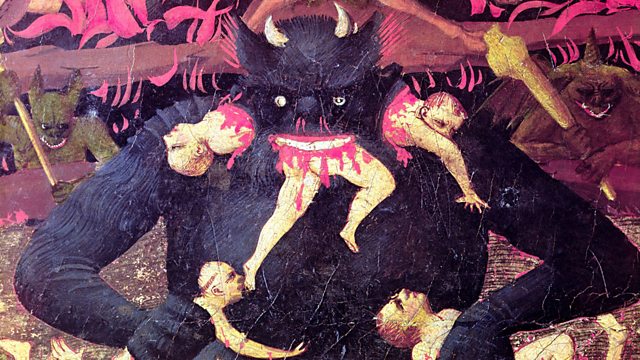 Melvyn Bragg discusses how the Devil came into being and why it took so long for him to become an established figure in Christianity.

Melvyn Bragg and guests discuss the history of the Devil. In the Gospel according to John he is ‘a murderer from the beginning’, ‘a liar and the father of lies’, and Dante calls him ‘the ill Worm that pierces the world’s core’. But Milton’s description of him as a powerful rebel was so attractive that William Blake declared that Milton was ‘of the Devil’s party, without knowing it’. To ordinary folk the Devil has often been regarded as a trickster, a tempter, sometimes even a figure of fun rather than of fear. How did this contradictory character come into being? Why did it take so long for him to become an established figure in Christianity? And if the Devil did not exist, would we have had to invent him? With Martin Palmer, theologian and Director of the International Consultancy on Religion, Education and Culture; Alison Rowlands, Senior Lecturer in European History at the University of Essex; David Wootton, Professor of Intellectual History at Queen Mary, University of London.