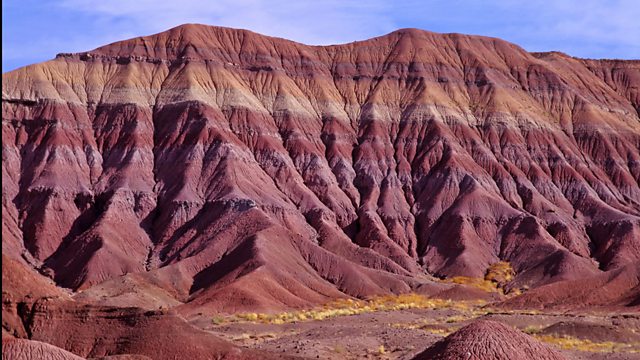 Melvyn Bragg discusses the Age of the Earth, and how to make sense of four and half billions years of time.

Melvyn Bragg and guests discuss the age of the Earth. It was once thought that the world began in 4004 BC. Lord Kelvin calculated the cooling temperature of a rock the size of our planet and came up with a figure of 20 million years for the age of the Earth. Now, the history of our planet is divided into four great Eons: the Hadean, the Archaen, the Proterozoic and the Phanerozoic. Together, they are taken to encompass an incredible four and a half billion years. How can we begin to make sense of such a huge swathe of time? And can we be sure that we have got the Earth's age right? Geologists use Eras, Periods and Epochs to further punctuate what's known as 'Deep Time', but can we be sure that the classifications we use don't obscure more than they reveal? With Richard Corfield, Research Associate in the Department of Earth Sciences at Oxford University; Hazel Rymer, Senior Lecturer in the Department of Earth Sciences at the Open University; Henry Gee, Senior Editor at Nature.