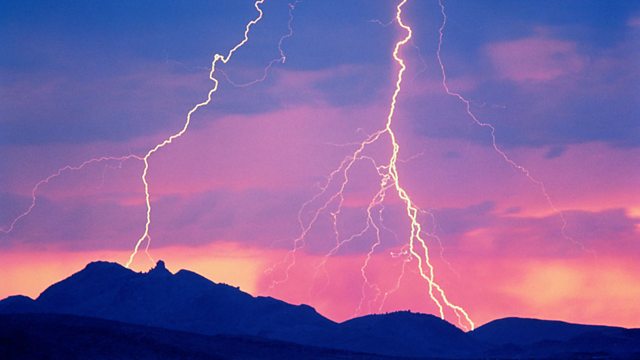 Melvyn Bragg discusses the fascinating and mystifying science of meteorology.

Melvyn Bragg and guests discuss meteorology. The Book of Genesis resounds with a terrible act of vengeance, carried out by an angry God seeking to punish his people. And the mechanism with which this is carried out - a catastrophic flood which wipes out evil on earth. In fact, many ancient civilisations believed extreme meteorological phenomena like thunder and lightning, hailstones and even meteors were acts of divine intervention. Running parallel with this belief, however, was also a desire to understand and explain the natural world through rational enquiry and observation. This complex relationship – between the natural world and divinity – has fascinated philosophers, artists and scientists alike from antiquity to our own time. Aristotle, for example, coined the phrase meteorology but to what extent did he link meteorological events to the cosmos and the Gods? How did the development of instrumentation during the Renaissance aid the prediction of weather events? Why did 18th century writers such as Keats feel that these scientific advances stripped the skies of its mystique and romance? And why does meteorology continue to fascinate and mystify to this day? With Vladimir Jankovic, Wellcome Research Lecturer at the Centre for the History of Science, Technology and Medicine at Manchester University;Richard Hamblyn, writer; Liba Taub, Director of the Whipple Museum of the History of Science at Cambridge University.