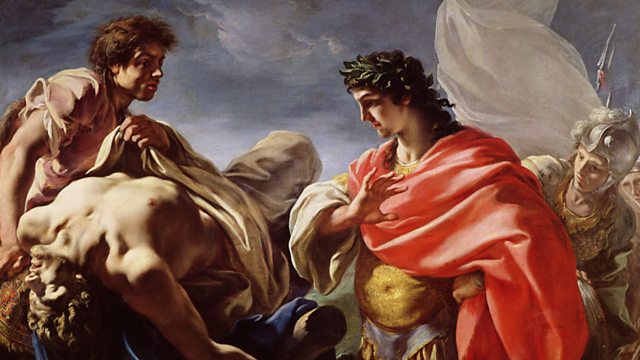 Melvyn Bragg discusses the history of the epic form, from it's creation by Homer to its more modern incarnations in the hands of James Joyce, J R R Tolkien and Philip Pullman.

Melvyn Bragg and guests discuss the history of the epic. In his essay 'Why the novel matters', DH Lawrence argued that the novel contained all aspects of life. Perhaps better placed to make that claim is the epic. From tackling questions of identity, history, warfare, mortality and the ways of the Gods to narrating tales of magic and supernatural creatures, it was the Greek and Roman poems of Homer and Virgil that underpinned and explained the position of men in the world. And it was these narratives of heroic actions and grand deeds that were to form a template from which many future epics would be constructed from Chaucer's Troilus and Cressayde to Milton’s Paradise Lost. But who are the heroes of these epics? To what extent was the classical epic a political project, a means of creating a founding myth for empire? How did the Renaissance revive the form and how successful were writers such as Milton in rendering the Christian story an epic? And what does the novel owe to the epic?With, John Carey, Emeritus Professor of English Literature at Oxford University; Karen Edwards, Lecturer in English at Exeter University; Oliver Taplin, Professor of Classical Languages and Literature at the University of Oxford.