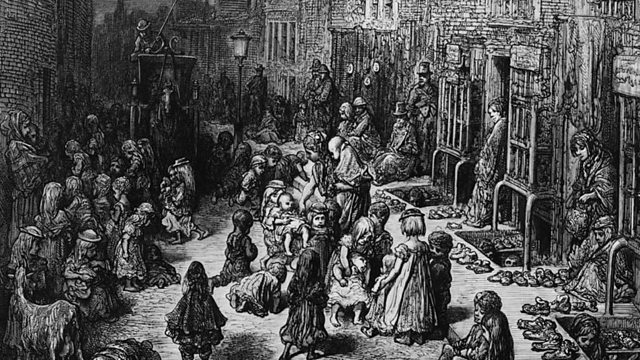 Melvyn Bragg discusses Victorian realism and its focus on the ordinariness of life which contained a complexity and depth previously unseen.

Melvyn Bragg and guests discuss Victorian realism. Henry James said “Realism is what in some shape or form we might encounter, whereas romanticism is something we will never encounter”. A reaction against Romanticism, the realist novel presented life as it was in urbanized, industrial Britain. Attacked as ordinary, mundane, overly democratic and lacking the imaginative demands of poetry, its defendants argued that the ordinariness of life contained a complexity and depth previously unseen and unconsidered. At its best the realist novel was like life itself - complex in appearance, rich in character, diverse in outlook, teeming with ideas and operating on several levels. It was a forum for the confusions of the Victorian age over Christianity and Darwinism, economics, morality and psychology, yet it was also a domestic novel concerned with the individuality of human relationships. From the provincialism of George Eliot’s Middlemarch to Hardy’s bleak and brutal Wessex, Victorian Realism touched all the great Victorian authors, but can it truly be the touchstone of an age which produced the fantasy of Alice in Wonderland, the escapism of Tthe Waterbabies and the abundant grotesquerie of Dickensian London? With Philip Davis, Reader in English Literature at the University of Liverpool and author of The Victorians, a volume of the New Oxford English Literary History; A.N. Wilson,novelist, biographer and author of The Victorians; Dinah Birch; Fellow and tutor in English at Trinity College, Oxford.