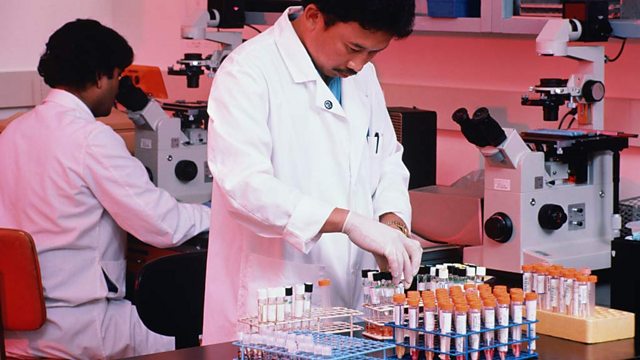 Melvyn Bragg discusses how the role of the scientist and our understanding of it has changed, and examines when the word, figure and idea of the scientist emerged in a recognisably distinctive way.

Melvyn Bragg and guests discuss the origin of the concept and historical role of the scientist. The word "science" first appeared in the English language in 1340 and ever since its meaning has been in a state of flux. The notion of "the scientist" has had a similarly evolving history. For some, "the scientist" does not truly appear until after the Renaissance, others put its emergence much later than that. When did the words and concepts we recognise today take on their contemporary meaning? How has the role of the scientist, and our understanding of it, changed? Has science always been a rival to religion, or was it once an ally? And how has the scientist been perceived by the wider world – as a modern saint, the "priest of reason", or as a terrifying and amoral menace - the "mad scientist" of film and literature? With John Gribbin, Visiting Fellow in Astronomy, University of Sussex; Patricia Fara, Lecturer on the History and Philosophy of Science, Cambridge University; Hugh Pennington, Head of the Department of Medical Microbiology, University of Aberdeen.