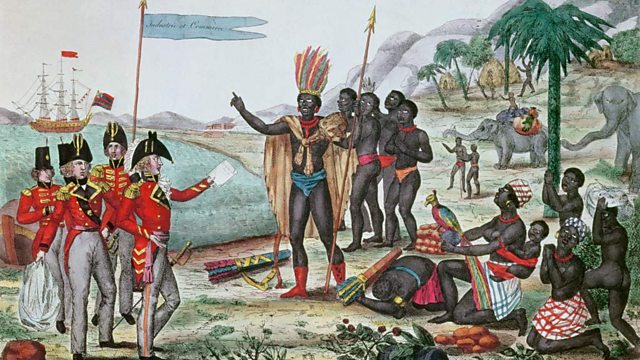 Melvyn Bragg examines the history of British imperialism and its captives, both slaves and Britons, and examines whether slavery is an inevitable part of empire and how Britain finally shook it off.

Melvyn Bragg and guests discuss slavery and empire; two themes that run right through this country’s history. Britain’s imperial project dominated at least the last three centuries of our national life. Its advocates claim it was a civilising mission by which Britain spread enlightenment and improvement across the globe. Opponents have long seen it as a brutal business, with Britons cast as cruel oppressors out to exploit a conquered world. Is our imperial history so clear cut? What if Britons were themselves captives, either as prisoners of an imperial enterprise that sucked them in, generation after generation or, in some startling cases, as slaves to foreign peoples? Is slavery an inevitable part of empire: does it come with the territory? And how did Britain finally shake it off? With Linda Colley, School Professor of History, LSE; Catherine Hall, Professor of Modern British Social and Cultural History, University College London; Felipe Fernandez Armesto, Professorial Research Fellow, Queen Mary College London.