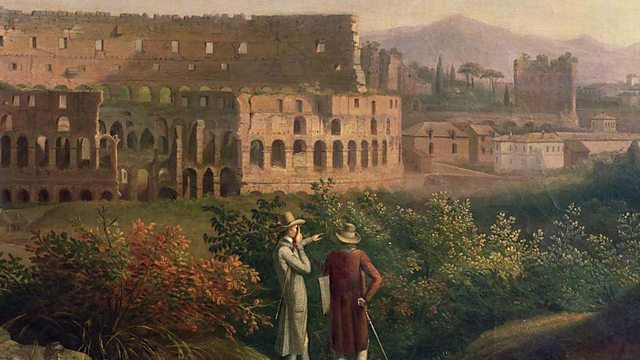 Melvyn Bragg discusses the origins of the 18th century vogue for extensive European tourism for the younger aristocracy and the impact of these travels on British ideas about art and culture.

Melvyn Bragg and guests discuss the origins and cultural impact of 18th century tourism. Samuel Johnson observed in 1776 that "A man who has not been in Italy, is always conscious of an inferiority, from his not having seen what it is expected a man should see." Johnson was referring, perhaps ironically, to the vogue for The Grand Tour, which reached its peak in the 18th century. The idea was for wealthy young travellers to finish their education with an extensive trip to Europe to experience its natural beauties, its cultural treasures and, if they were lucky, its sexual permissiveness. The standard route took in Paris and The Alps and some tourists, including Byron, made it as far as Greece. But the destination, par excellence, was Italy, with its Renaissance glories and classical splendours. What drove this desire for travel? Was it genuine cultural curiosity or simply the fashion? What impact did the Grand Tour have on British attitudes to art and culture? And were diplomatic relations between Britain and Europe helped or hindered by these travels? With Chloe Chard, Literary historian; Jeremy Black, Professor of History, University of Exeter, Edward Chaney, Professor of Fine and Decorative Arts, Southampton Institute.