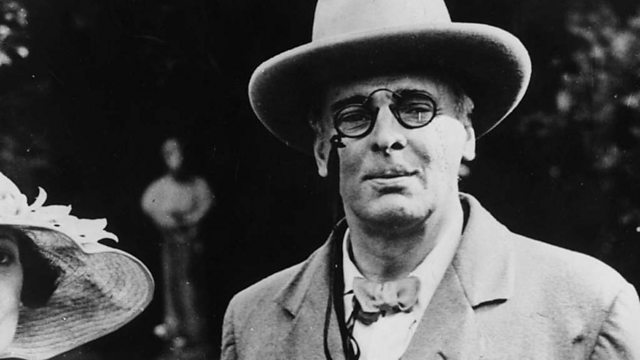 Melvyn Bragg discusses the life and beliefs of the Irish Poet W B Yeats and explores how a passion for magic and mysticism served and stood alongside his poetry.

Melvyn Bragg explores the strange and mystical world of the poet W B Yeats. Celtic folklore, the Theosophical society, the Golden Dawn group, seances and a wife who communicated with the spirit world all had a huge effect on the work of this great Irish poet. He published his first collection in 1889 and won the Nobel prize for literature in 1923.At the close of the nineteenth century he published one of his best known works. He Wishes for the Cloths of Heaven: “Had I the heavens’ embroidered cloths,Enwrought with golden and silver light,The blue and the dim and the dark clothsOf night and light and the half-light,I would spread the cloths under your feet:But I, being poor, have only my dreams; I have spread my dreams under your feet; Tread softly because you tread on my dreams.” But Yeats the dreamer and the poet was also a mystic, a philosopher and a practitioner of magic. From the occult subcultures of Victorian London to the outlandish folklore of the Irish Peasantry, Yeats’ obsession with the spiritual world infused his poetic mind and even drove him to describe his own religion. Why was the period so alive with spiritualism? And how did the poems reflect the dreams? With Roy Foster, Carroll Professor of Irish History at Oxford University; Warwick Gould, Director of the Institute of English Studies, University of London; Brenda Maddox, author of George’s Ghosts: A New Life of W B Yeats.