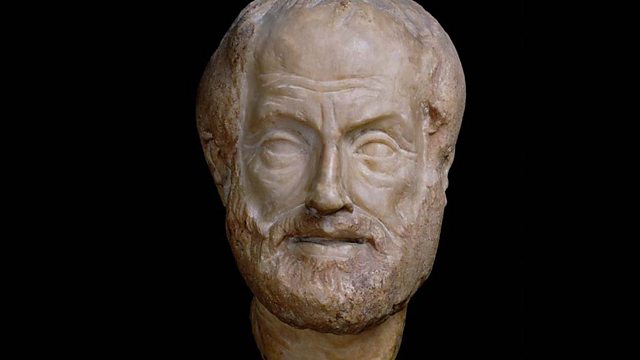 Melvyn Bragg discusses a history of the concept of virtue from the ancient Greeks to modern ideas, and examines why we need it and what ideals of behaviour provide a universal framework for it.

Melvyn Bragg and guests discuss the history of virtue. When Socrates asked the question ‘How should man live?’ Plato and Aristotle answered that man should live a life of virtue. Plato claimed there were four great virtues - Temperance, Justice, Prudence and Courage and the Christian Church added three more - Faith, Hope and Love. But where does the motivation for virtue come from? Do we need rules to tell us how to behave or can we rely on our feelings of compassion and empathy towards other human beings? Shakespeare’s Iago says “Virtue! A fig! ‘tis in ourselves that we are thus or thus. Our bodies are our gardens to the which our wills are gardeners. ” So is virtue a character trait possessed by some but not others? Is it derived from reason? Or does it flow from the innate sympathies of the human heart? For the last two thousand years philosophers have grappled with these ideas, but now in the twenty first century a modern reappraisal of virtue is taking the argument back to basics with Aristotle. With Galen Strawson, Professor of Philosophy at the University of Reading; Miranda Fricker, Lecturer in Philosophy at Birkbeck, University of London; Roger Crisp, Uehiro Fellow and Tutor in Philosophy at St Anne's College, Oxford.