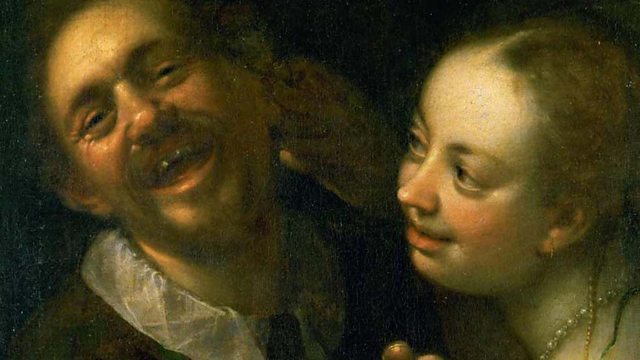 Melvyn Bragg discusses whether 'happiness' means living a life of pleasure or of virtue. How much does this ancient philosophical debate still define what it means to be happy today?

Melvyn Bragg and guests discuss whether 'happiness' means living a life of pleasure, or of virtue. It is an old question, and the Roman poet Horace attempted to answer it when he wrote; 'Not the owner of many possessions will you be right to call happy: he more rightly deserves the name of happy who knows how to use the gods's gifts wisely and to put up with rough poverty, and who fears dishonour more than death'. It seems a noble sentiment but for the Greek Sophist Thrasymachus this sort of attitude was the epitome of moral weakness: For him poverty was miserable, and happiness flowed from wealth and power over men, an idea so persuasive that Plato wrote The Republic in response to its challenge. What have our philosophers made of the compulsion to be happy? And how much does this ancient debate still define what it means to be happy today? Are we entitled to health, wealth and the pursuit of pleasure or is true contentment something else entirely? With Angie Hobbs, Lecturer in Philosophy at the University of Warwick; Simon Blackburn, Professor of Philosophy at Cambridge University; Anthony Grayling, Reader in Philosophy at Birkbeck College, University of London.