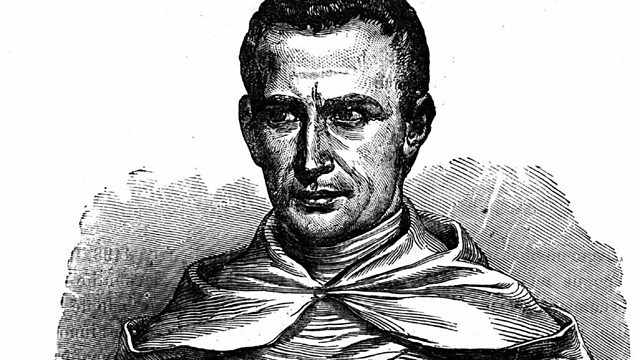 Melvyn Bragg examines the beliefs of the Cathars, a medieval southern European Christian sect accused of heresy, and explores why they were seen as a threat to the 13th century Catholic Church.

Melvyn Bragg and guests discuss the Cathars, a medieval European Christian sect accused of heresy. In 1215 Pope Innocent III called the greatest meeting of Catholic minds for a hundred years. He hoped that the Fourth Lateran Council would represent the crowning glory of a Papacy that was more powerful than ever before, and it laid down decrees to standardise Christian belief across the whole of Western Europe and heal the papal schism of a generation before. But despite the wealth and power of the Vatican, all was not as it should have been in the Catholic world; Jerusalem was lost, the Crusades were failing, and in the regions of Europe the spectre of heresy moved over the land. It loomed largest in the wealthy Languedoc region of Southern France, where celibate vegetarians called Cathars were proving more popular than Jesus. The Pope moved against the Cathars but why was Catharism such a threat, what were its beliefs and what was the intellectual and spiritual climate that made the high middle ages the era of the heretic?With Malcolm Barber, Professor of Medieval History at the University of Reading; Miri Rubin, Professor of Medieval History at Queen Mary, University of London; Euan Cameron, Professor of Modern History at the University of Newcastle upon Tyne.