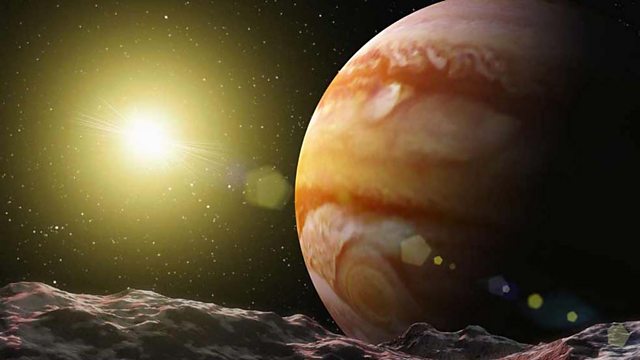 Melvyn Bragg discusses shape, size and topology of the universe and examines theories about its expansion. If it is already infinite, how can it be getting any bigger? And is there really only one?

Melvyn Bragg and guests discuss the shape of the universe. In the Beginning, runs one account, was the Big Bang. All matter in existence today originated around 13 billion years ago in a phenomenally hot, extraordinarily condensed primordial atom that exploded with incredible force. Hydrogen and helium were shot across the firmament, gravity caused the gases to condense into clouds and in these clouds the first stars were formed, then galaxies came and more galaxies in clusters, onwards and outwards, ever expanding. It is still expanding, runs the orthodox account, and may even be speeding up. It is still creating new galaxies and it continues to colonise more and more of infinite space, despite the fact that it is supposedly infinite itself.So, if our universe is expanding, what is it expanding into? If it is already infinite how can it be getting any bigger? And is there really only one?With Sir Martin Rees, Royal Society Research Professor in Astronomy and Physics, Cambridge University; Julian Barbour, Independent Theoretical Physicist; Janna Levin, Advanced Fellow in Theoretical Physics at the University of Cambridge.