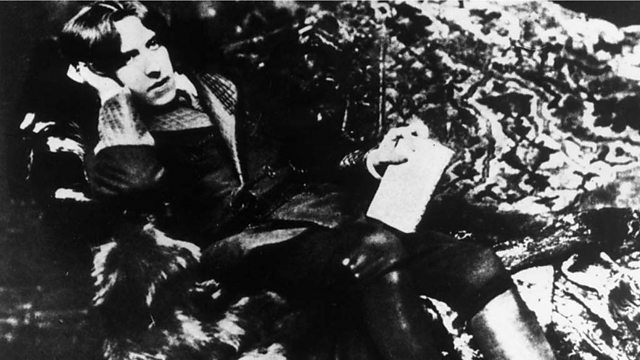 Melvyn Bragg discusses Oscar Wilde, the Aesthetes and his literary legacy. Was Wilde a reactionary - the last of the romantics - or was he the midwife to modernism?

Melvyn Bragg examines Oscar Wilde and the Aesthetes. In February 1895 Oscar Wilde was at the height of his powers, he was known on both sides of the Atlantic, he was feted in London society and celebrated in the West End where An Ideal Husband continued to play to packed houses as The Importance of Being Earnest opened to ecstatic reviews. “The man who can dominate a London dinner table can dominate the world” he is reputed to have said, and he seemed on course to do just that. But in April that year he was arrested for the crime of ‘gross indecency’ and his swift decent from omnipotence began; it ended five years later, when exiled and humiliated he died, famously ‘beyond his means’, in a Paris hotel.Wilde’s reputation spent a long time in the wilderness but just over a century after his death his stock is higher than ever before. Now that his rehabilitation seems complete how should we understand his legacy? Was Wilde a reactionary - the last of the romantics - or was he the midwife to modernism? Was there a coherent philosophy behind those beguiling epigrams or was there little more to aestheticism than dressing up and showing off? With Valentine Cunningham, Professor of English Language and Literature at Oxford University, Regenia Gagnier, Professor of English at the University of Exeter and Neil Sammells, Dean of Humanities at Bath Spa University and author of Wilde Style.