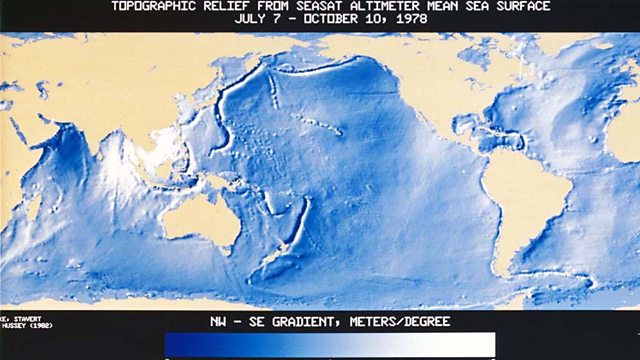 Melvyn Bragg discusses the science of Oceanography which has attempted to unmask the enigma of the oceans and seas.

Melvyn Bragg and guests discuss the science of Oceanography. In 1870 Jules Verne described the deep ocean in 2,000 Leagues Under the Sea. He wrote: “The sea is an immense desert where man is never alone for he feels life, quivering around him on every side.” This was actually closer to the truth than the science of the time, when ‘Azoic Theory’ held sway and it was believed that nothing could exist below 600 metres. Now we estimate that there are more species in the deep ocean than in the rest of the planet put together, somewhere between 2 million and 100 million different species of organism are living on the ocean floor.Science has dispelled the idea that huge underground tunnels join our oceans together and the notion that giant Kraken lurk in the deep, but our seas still retain much of their mystery and there have been more men on the surface of the moon than at the bottom of the ocean. How should we understand the sea? With Margaret Deacon, visiting Research Fellow at Southampton Oceanography Centre and author of Scientists and the Sea, Tony Rice, Biological Oceanographer and author of Deep Ocean, Simon Schaffer, Reader in History and Philosophy of Science at the University of Cambridge, and a fellow of Darwin College.