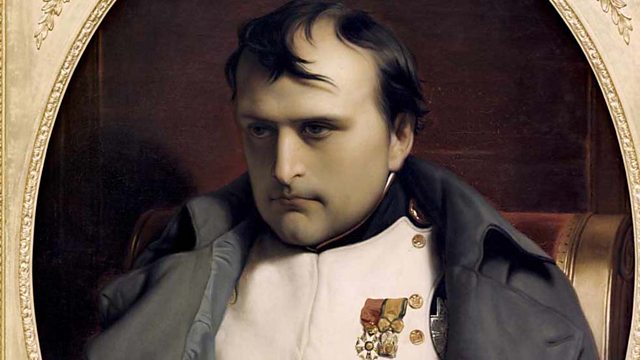 Melvyn Bragg discusses the comparative histories of Napoleon and the Duke of Wellington, two titans of nineteenth century history.

Melvyn Bragg and guests discuss the histories of Napoleon and the Duke of Wellington. On the morning of the battle of Waterloo Napoleon told his loyal lieutenants, “I tell you that Wellington is a bad general, that the English are bad troops and ce sera l’affaire d’un dejeuner”...in other words; ‘this, my friends, will be a picnic!’ But did Napoleon really have such little respect for the man who would be his nemesis, or when he dismissed the Iron Duke so lightly was he just trying to raise morale? There are some curious parallels between the two rivals, they were both born in the same year, 1769, both read the works of Caesar and chose Hannibal as their personal hero, both enjoyed the pleasures of two of the same mistresses, and they even ate the food of the same personal chef. Though Wellington bested Napoleon on the field of Waterloo in 1815, who was the greater general, who left the larger legacy and ultimately, who won? With Andrew Roberts, military historian; Mike Broers, University of Aberdeen; Belinda Beaton, from the Department of History of Art, at Oxford University.