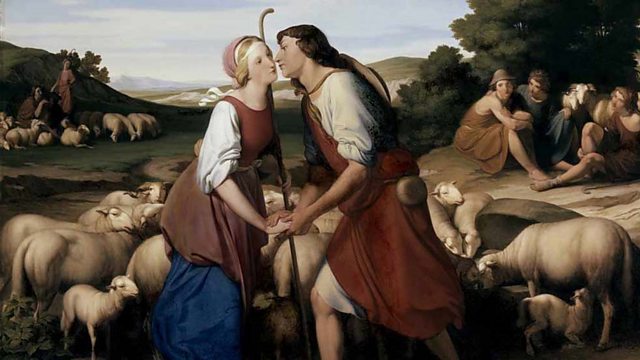 The Philosophy of Love

Melvyn Bragg discusses the philosophy of love, a search for a completeness in human nature.

Melvyn Bragg and guests discuss the philosophy of love. In Plato’s Symposium a character called Aristophanes tells a story about Love. He says that once, near the beginning of time, there were three types of human, one male, one female and one that was part man and part woman. Each human type had four hands and four feet and one head with two faces, and what they lacked in beauty they made up for in power and bravery - they even dared to attack the Gods. Zeus, as usual, lost his patience and resolved to split these creatures in half to diminish their strength and increase their numbers. His plan was that there would be more people to offer sacrifices but they’d be too weak to bother the Gods. However, with the split he inadvertently created us - lonely creatures forever searching for our other halves. Aristophanes explained to Socrates, “human nature was originally one and we were a whole, and the desire and pursuit of the whole is what we call love”. This is one version of love that still seems to have strange echoes in the culture of today, but how has the Western understanding of the Philosophy of Love developed since Plato? Has it always been about finding our ‘other half’? With Professor Roger Scruton, author of many books including Sexual Desire; Angie Hobbes, lecturer in philosophy at Warwick University; Thomas Docherty, Professor of English at the University of Kent.