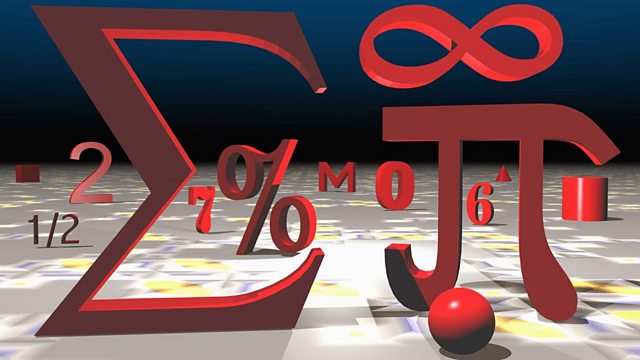 Melvyn Bragg discusses whether mathematics is a process of invention or of discovery. And if it is a discovery, how can we be sure that the mathematic we think we have discovered is the right one?

Melvyn Bragg looks at the deep claims made for mathematics, the discipline some believe to be the soul and true key to the understanding of all life, from the petals on the sunflower to the pulse in our wrists. The notion that mathematics is akin to theology might take some taking in at first. But from the first, in the West, they were. To Pythagoras, numbers were mystical and “prove” God. To Plato, who, it is claimed, has driven mathematics for over two thousand years, the ideals beyond the reality of our lives are to be found in mathematical perfections, immutable truth, God again in numbers. Are mathematics there in the universe, waiting to be discovered as the great ocean lying before Newton - or are they constructs applied by us to the universe and imposed rather than uncovered? It’s a long way from chalky sums on the blackboard and the first careless swing of the compass. Galilei Galileo wrote, “The Universe cannot be read until we have learnt the language and become familiar with the characters in which it was written. It is written in mathematical language, and the letters are triangles, circles and other geometrical figures, without which means it is humanly impossible to comprehend a single word”. But is he right that mathematics is the script in which the universe was written, or is it really just one of many possible systems that humankind has invented to interpret our world? Is mathematics is a process of invention or a voyage of discovery?With Ian Stewart, Professor of Mathematics and Gresham Professor of Geometry, University of Warwick; Margaret Wertheim, science writer, journalist and author of Pythagoras’ Trousers; John D Barrow, Professor of Applied Mathematics and Theoretical Physics, University of Cambridge.

The Enlightenment in Britain