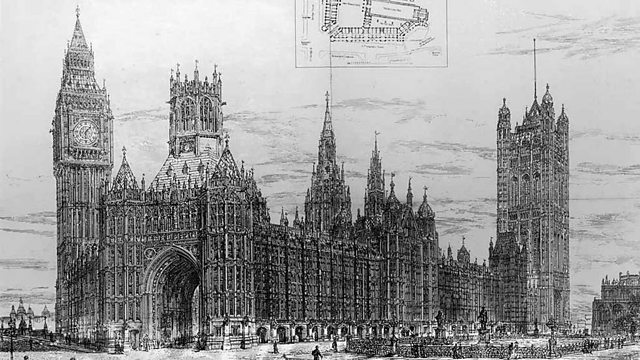 Melvyn Bragg and guests discuss what inspired the 18th century anti-enlightenment Gothic movement, and examines how it has managed to secure itself a permanent position in popular culture even today.

Horace Walpole and then Anne Radcliffe appeared to have triggered an anti-enlightenment movement: the Gothic that swept in Coleridge, two Shelleys, Byron, the Brontés, Walter Scott and Dickens, innumerable painters and architects, and even designed the Palace of Westminster itself.In 1765 Horace Walpole bewitched an unprepared public with the first ever Gothic novel The Castle of Ottranto. The poet Thomas Gray complained the novel made him “afraid to go to bed o’ nights”, and wind swept battlements, mysterious apparitions and armour that goes clang in the night has haunted the dungeons of popular culture ever since. But Gothic is more that novels, and from under its swirling cassock the Gothic Revival in architecture became the state style for an Empire, and the high camp of The Monk reached the acme of seriousness under the influence of John Ruskin. So how did the Gothic style manage to both sensationalise the public and form, quite literally the pillars of the establishment? Any why does a style forged in the spectral shadows of the Ages of Enlightenment still hold so such a secure position in popular culture today.With Chris Baldick, Professor of English at Goldsmiths College, London and author of In Frankenstein’s Shadow; A N Wilson, novelist, biographer, journalist and author of God’s Funeral; Emma Clery, senior lecturer in the English Department at Sheffield Hallam University and author of The Rise of Supernatural Fiction.