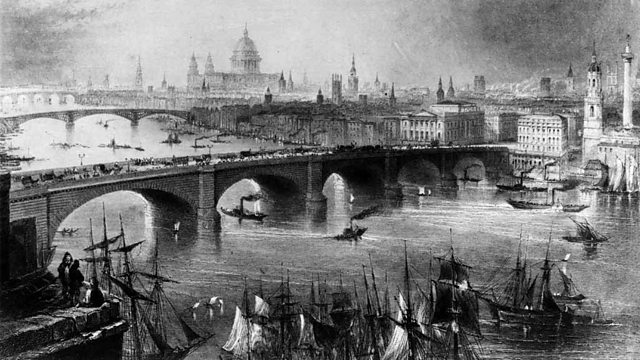 Melvyn Bragg discusses the history of London from its beginnings in the late Neolithic period, to the international, digitalised capital city of today, examining its past glories and darker times.

Melvyn Bragg and guests discuss the history of London. To T.S.Eliot it was the “Unreal City”, to Wordsworth “Earth has not anything to show more fair” but to Shelley, “Hell is a city much like London”. At the start of this twenty-first century the capital city covers an area of 625 square miles, is home to 7 million souls, and has an economy which at more than £115 billion is larger than that of Saudi Arabia, Ireland or Singapore. Is this modern metropolis still the place that the poets described? Can there be such a thing as a history of a city, which in each generation sucks in its communities from around the country and around the globe? In a city whose buildings have been razed, whose people have been decimated and whose borders have been dramatically redrawn, what is there that connects it to its own past?With Peter Ackroyd, author of London: The Biography; Claire Tomalin, author and biographer of Samuel Pepys; Iain Sinclair, poet, novelist and author of Liquid City and Lights Out for the Territory.