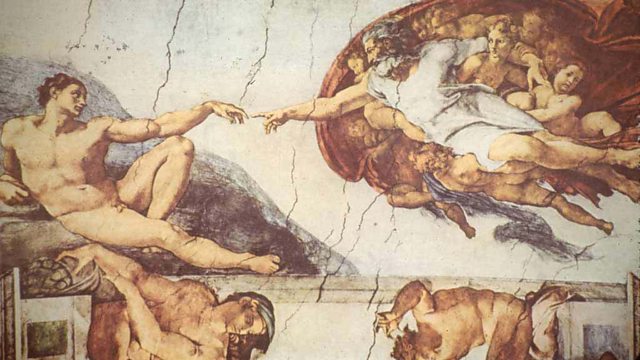 Melvyn Bragg explores the veracity of modern claims about the Renaissance and whether our current perceptions about its role in cultural history stem from a 19th century historian.

Melvyn Bragg and guests discuss the Renaissance, which was first given its role as the birth place of modern man by the nineteenth century historian Jacob Burckhardt. At the start of his immensely influential Civilisation of the Renaissance in Italy, he wrote “In the Middle Ages both sides of human consciousness - that which was turned within as that which was turned without - lay dreaming or half awake beneath a common veil. The veil was woven of faith, illusion, childish prepossession, through which the world and history were seen clad in strange hues…In Italy this veil first melted into air” But is the Renaissance really a cultural miracle, and is it fair to think of medieval thought as being ‘obscured by a veil’? Should we even call the period around the fifteenth century the Renaissance when the very word implies that culture, for a thousand years, has been dead? What if our idea of the Renaissance is completely wrong? With Francis Ames-Lewis, Professor of History of Art, Birkbeck College; Peter Burke, Professor of Cultural History and Fellow of Emmanuel College, University of Cambridge; Dr Evelyn Welch, Reader in the History of Art, University of Sussex.