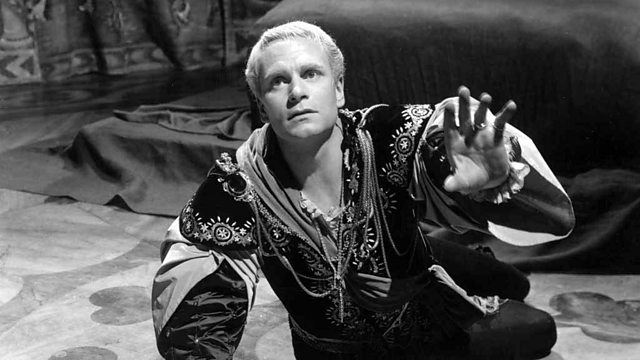 Melvyn Bragg discusses whether the work of William Shakespeare is 'not of an age but for all time' or increasingly irrelevant museum pieces embalmed in out of reach language.

Melvyn Bragg and guests discuss the work of William Shakespeare. He was nominated as the Man of the last Millennium and he steps into this one - on film, on stage, in academia, in schools, in private passions, probably in song and dance as well - every bit as briskly as he did in 1600. He's been called our greatest living playwright. We are told he taught us how to be modern. That he is the true Bible of our times. We are also told that his work is irrelevant to a massive percentage of the population, sandbanked by critics, neutered by establishments and, above all, embalmed in a cargo of language increasingly out of reach and ken of those who might heave him up the next century. William Shakespeare 'was not of an age, but for all time' according to Ben Johnson. That was in the seventeenth century and it's a claim that has often been repeated since, but is it really true? Is what we see in theatre and increasingly at the cinema the work of a playwright whose works live on, or are we merely watching historical reconstructions - museum pieces - with any contemporary meaning obscured by the reverence we pay to the author? And if Shakespeare is for all time, what is it about him that makes him so eternally special?With Professor Sir Frank Kermode, literary critic and author of Shakespeare's Language; Michael Bogdanov, theatre, television, opera and film director and a founder member of the English Shakespeare Company; Germaine Greer, Professor of English and Comparative Studies, Warwick University.

The Wars of the Roses