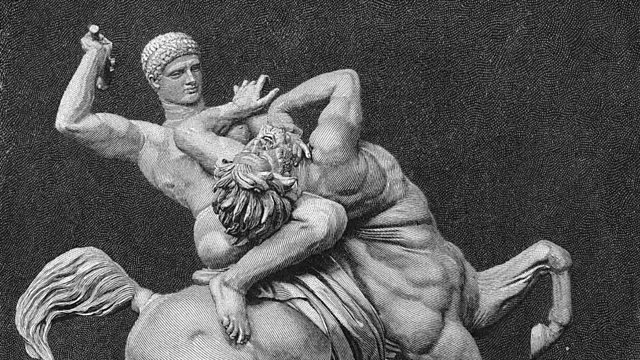 Melvyn Bragg explores the enduring appeal of the Roman poet Ovid’s masterpiece Metamorphoses, examining its wide sweep through Roman and Greek mythology and its influence on subsequent writers.

Melvyn Bragg and guests discuss the Roman poet Ovid and explore the theme of metamorphosis from the transformation of Narcissus to the bug of Kafka’s story, and beyond. Ovid wrote at the beginning of The Metamorphoses - in Ted Hughes’ wonderful version - “now I am ready to tell how bodies are changed/Into different bodies/I summon the supernatural beings/who first contrived/The transmogrifications/In the stuff of life./You did it for your own amusement./Descend again, be pleased to reanimate/this revival of those marvels.”And descend they did: The metamorphoses is an extraordinarily wide sweep through the teeming, changing world of Roman and Greek mythology.The tales were immensely popular in their own day, they were an inspiration to Chaucer, Ovid was Shakespeare’s favourite poet, and two thousand years after they were written the stories of shape changing still seem relevant: Ted Hughes won the Whitbread Book of the Year with his translation of Tales from Ovid in 1997, and a new collection called Ovid Metamorphosed has garnered versions of the tales from authors and poets from all over the world.With A S Byatt, novelist and one of the contributors to Ovid Metamorphosed; Dr Catherine Bates, critic and Research Fellow, University of Warwick.

The Age of Doubt