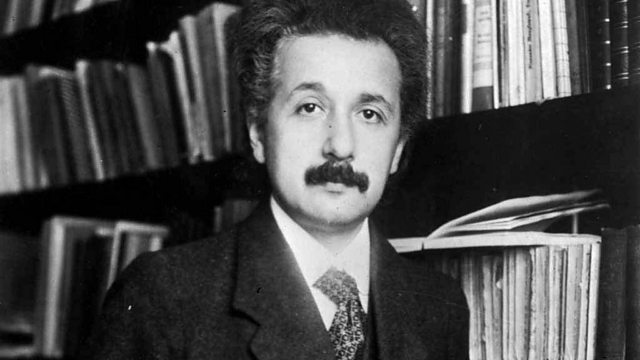 Melvyn Bragg examines 20th century’s physics’ search for one theory that can explain the behaviour of the smallest particle as well as the movements of the largest planets in the Universe.

Melvyn Bragg examines 20th century physics’ quest for the ultimate theory of everything. Einstein left us with his theory of General Relativity, which explained how gravity works on the scale of stars, galaxies, and the universe itself and Schroedinger left us with the equation that explained the mechanics of the tiny quantum realm. Both theories work to wonderful effect in their own worlds, but (and this is the sticking point) gravity is strangely absent from the quantum realm and planets behave nothing like particles. The enigma for scientists throughout most of the last century is that, as they are currently formulated, general relativity and quantum mechanics cannot both be right. The history of twentieth century physics has been a struggle to find a way to unite them, to find what has become the holy grail of modern physics: The Grand Unified Theory. With Brian Greene, Professor of Physics and Mathematics, Columbia University and Cornell University; Sir Martin Rees, Astronomer Royal and Royal Society Research Professor in Astronomy and Physics at Cambridge University.