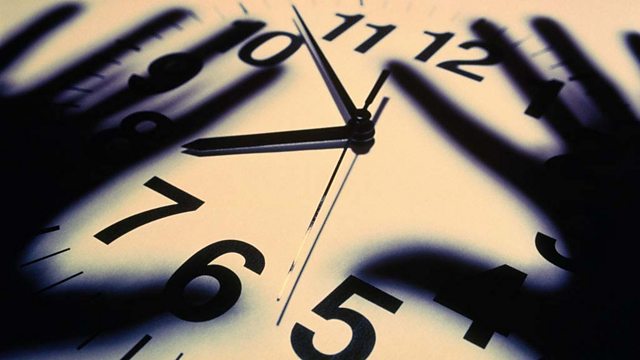 Melvyn Bragg examines the history of mankind’s attempt to understand the nature of time. Does it exist independently of our perception of it, or is it merely a figment of our imagination?

Melvyn Bragg and guests discuss the history of mankind’s attempt to understand the nature of time. At the end of the 19th century, H.G.Wells imagined travelling through time in The Time Machine; “The palpitation of night and day merged into one continuous greyness; the sky took on a wonderful deepness of blue, a splendid luminous colour like that of early twilight; the jerking sun became a streak of fire, a brilliant arch in space”. When he was writing we thought time was unbending and universal and counted out by Newton’s clock. A hundred years later we have had Einstein and relativity, quantum theory, and atomic clocks, but in the third millennium, is mankind any closer to understanding what time really is? What, in short, do we know about time itself? A Greek philosopher thought that time was a figment of the imagination and there are contemporary physicists who go a long way to agreeing with him. Newton’s views on time were bent by Einstein. The ancient skills of astronomy once ruled the known world and skill in time usage could be said to be enthroned as a master craft in our day. “But at my back I always hear time’s winged chariot hurrying near and yonder all before us lie deserts of vast eternity” - Marvel wrote that of love, but it could be our epigraph for time. With Dr Neil Johnson, theoretical physicist at the Clarendon Laboratory, Oxford University and Royal Institution Christmas Lecturer 1999 on the subject of Time; Lee Smolin, cosmologist and Professor of Physics, Pennsylvania State University.