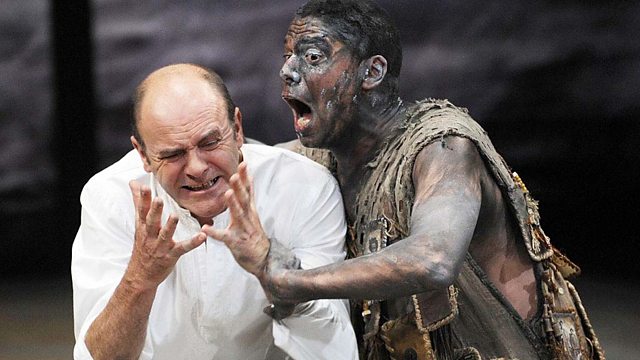 Melvyn Bragg discusses the history of the ancient genre of tragedy and examines whether we have a psychological need for it, either as catharsis or Schadenfreude.

Melvyn Bragg and guests discuss the history of the ancient genre of tragedy and examines whether we have a psychological need for it, either as catharsis or Schadenfreude. You could be forgiven for thinking that in our century, of all centuries, the notion of the death of a tragedy would be comical. But there is a view that in its broad theatrical sense, tragedy, as defined by Aristotle and accepted to the time of Racine, has indeed lost its place and power as a form. Aristotle in his poetics held that tragedy figured men and women, often greater than ourselves, heroic, whose fall excited sensations of pity and fear which purged the emotions in the spectator, provoking a catharsis. And Chaucer defined it as a story “of hym that stood in greet prosperitee/And is yfallen from heigh degree/Into myserie, and endeth wretchedly”. Tragedy has been redefined many times and in many ages, but does it have a place in our own time? Or is the genre “dead for a ducat”. Not in life - the twentieth century is a monument to tragedy - but in art.With Professor George Steiner, critic, Extraordinary Fellow, Churchill College, Cambridge and author of The Death of Tragedy; Professor Catherine Belsey, Chair of the Centre for Critical and Cultural Theory, University of Cardiff and author of The Subject of Tragedy.