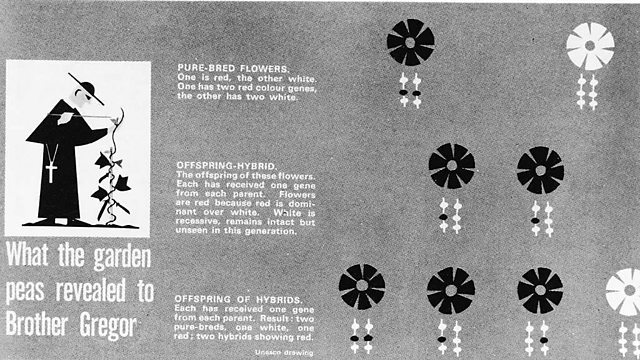 Melvyn Bragg explores the part genes play in our personalities and examines how this affects our free will. Do genetic explanations for behaviour make a nonsense of free will, and therefore morality?

Melvyn Bragg and guests discuss the theory of Genetic Determinism. In the middle of the last century two men - Gregor Mendel, an Austrian monk, and Charles Darwin, an English naturalist, established the central theories of modern biology and changed the world forever. Darwin’s On the Origin of Species has been described as the book of the Millennium, “the only best-seller to change man’s conception of himself”. Through the rediscovery of Mendel’s work in the early decades of our century, evolutionary theory was transformed by the emergence of genetics as a science. Crick and Watson found DNA at Cambridge and announced that they had discovered the secret of life in a local pub, and the rest has been the most compulsive element in the intellectual history of the twentieth century. It seems as if almost every week we read about another gene which claims to determine our fate - whether it governs our intelligence, personality or sexual orientation. Many rail against what they see as “genetic determinism” - the idea that genes are the destiny we can do nothing about. Others willingly blame their anti-social behaviour on “criminal genes” - thus absolving themselves of any responsibility. Genetics may be all about inheritance but is inheritance all about the genes? With Steve Jones, Professor of Genetics, University College, London and author of Almost Like a Whale: The Origin of Species Updated; Matt Ridley, science journalist, chairman of the International Centre for Life and author of Genome: The autobiography of a species in 23 chapters.