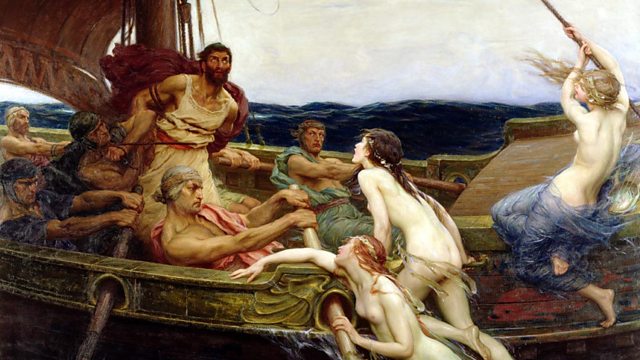 Melvyn Bragg discusses Homer’s Odyssey, the epic story of the Greek hero Odysseus’ journey back from Troy, and its foundational position in the history of western literature and ideas.

Melvyn Bragg and guests discuss The Odyssey by Homer, often claimed as the great founding work of Western Literature. It's an epic that has entertained its audience for nearly three thousand years: It has shipwrecks, Cyclops, brave heroes and seductive sex goddesses. But it’s also got revenge, true love and existential angst. The story follows on from Homer's Iliad, and tells of the Greek hero Odysseus and his long attempt to get home to Ithaca after the Trojan War. Melvyn Bragg and guests discuss what has given the Odyssey such a fundamental position in the history of western ideas, what are the meanings behind the trials and tribulations that befall Odysseus and how the Odyssey was composed and by whom. With Simon Goldhill, Professor of Greek at King's College, Cambridge; Edith Hall, Leverhulme Professor of Greek Cultural History at Durham University; Oliver Taplin, Classics Scholar and Translator at Oxford University.